Name of Project: Planning and Engineering Analysis for Renovations of the ACWD storage tank and water sources

Funding was awarded in Nov. of 2015 for "up to $300,000". The project's main objective was to find the least expensive way to provide safe drinking water to the town of Alleghany by either replacing or eliminating the need for a treatment plant.   The planning project included the following tasks: Drill test wells, collect and analyse water samples, and perform pumping tests to locate a groundwater source which can provide the community with sufficient potable water.

The project also included finding a secondary water source (redundancy) and the design work necessary to replace the water system’s aging tank, which was in poor condition and had a non-compliant tar-based liner.

Engineering and environmental work necessary for the construction phase of all components was included.

The planning component for the tank replacement project was completed in early 2017 and that portion of the planning project has moved to construction.

The vertical test wells were drilled in late 2016 but the water quality was not acceptable and they were abandoned. The planning project then went back to ACWD's original idea which was to improve the Ram Spring where the town currently gets its water via horizontal drilling.

In May of 2017 driven pipes were installed at the town’s existing water source: the Ram Spring to see if it would  eliminate surface water infiltration. This project was succesfull and the division of drinking water amended the permit for this water source changing it from "ground water under the influence of surface water" to just "ground water". This effectively eliminated the need for a treatment plant.

A potential secondary water source: the Cumberland Spring which is owned by the water district, and was used in the past as a water source was explored. Water quality data was good, but slope stability issues at the site and a lack of remaining planning funds resulted in this portion of the project being declared  unfeasible.

Because of the failure of the test wells and the need for additional water quality testing and engineering the funding for this project was increased from "up to $300,000" to "up to $500,000" in 2017 and the completion date was extended to mid 2019.

The final focus of the project was for improvements at the Ram Spring to permanently reconfigure the system to accomodate the driven pipes along with a few other improvements. The planning phase was completed at the end of 2020 with the final completion report submitted in March of 2021.

Funding for this project has been provided in full or in part through an agreement with the State Water Resources Control Board. The contents of this page do not necessarily reflect the views and policies of the foregoing, nor does mention of trade names or commercial products constitute endorsement or recommendation for use. 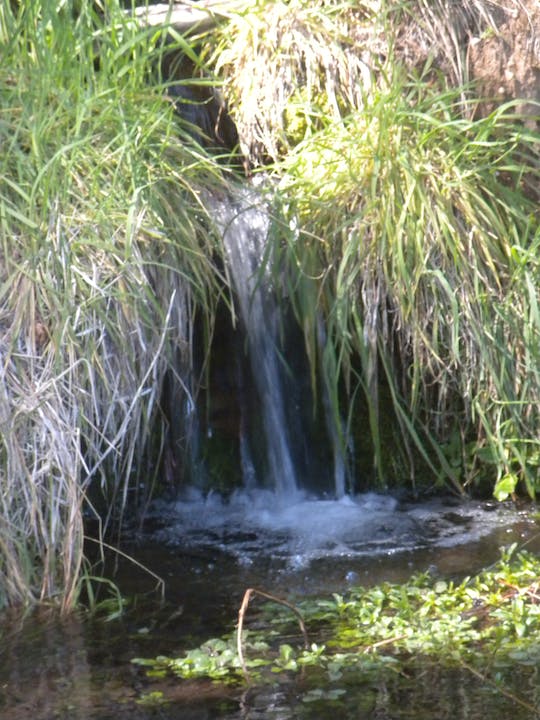 The Cumberland Spring was assessed to see if it could be tied into the water system as a back-up water source. It was utilized for this purpose in the past, but currently there is no infrastructure in place.